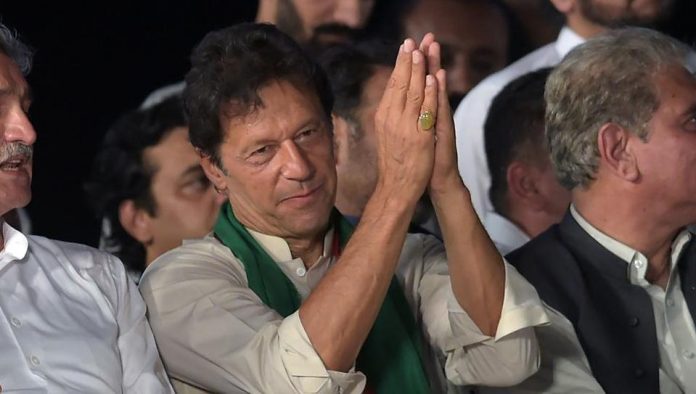 ISLAMABAD: Pakistan Tehreek-i-Insaf’s (PTI) parliamentary committee on Monday formally nominated party chairman Imran Khan as their nominee for the next prime minister of Pakistan.
When the caucus began, Qureshi presented a resolution in favour of Imran Khan’s nomination, which was unanimously accepted.
Once Khan’s nomination for the PM’s role was official, all the parliamentary committee members congratulated the party chief.
According to reports, Alvi is a leading candidate to become the next speaker of the National Assembly. However, vice chairman Shah Mahmood Qureshi is also being considered for the role.
Meanwhile, reports stated that Imran Ismail will be the party’s candidate to become Governor Sindh.
The meeting of PTI’s parliamentary committee is taking place at a hotel in Islamabad today. The PTI chief left his Banigala residence for the first time his party’s victory in last week’s elections.
Despite Khan’s explicit instructions and refusal to travel with a large protocol, a number of cars and heavy security tagged along with him.
“Imran Khan has always been against security protocols and VIP culture,” Khan’s spokesperson Naeemul Haq said.”But he has security concerns, and it’s the government that gave him the PM’s protocol. He faced difficulties during his entire trip.”