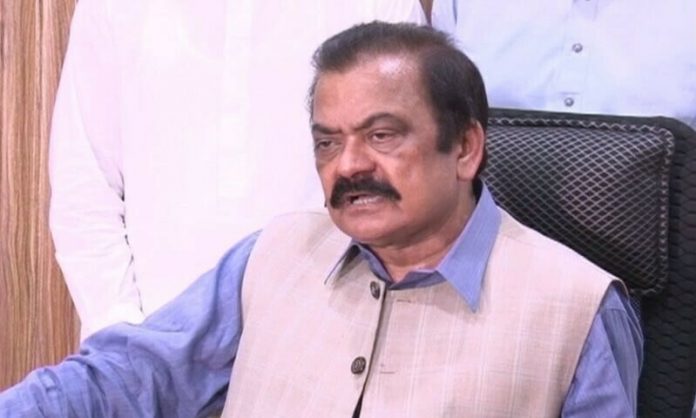 Interior Minister Rana Sanaullah on Wednesday claimed of having reports that Pakistan Tehreek-e-Insaf (PTI) workers may launch an attack on the Election Commission of Pakistan (ECP) building during the party’s scheduled protest on Thursday.

Addressing the media in Islamabad, he said the Islamabad High Court (IHC) had banned staging protests in the federal capital’s Red Zone.

He said that PTI would not be allowed to stage a demonstration outside ECP’s building and the law would come into action against the violators. PTI protest outside ECP building will be held tomorrow.

The interior minister said the ECP building is located inside the Red Zone and nobody will be allowed to enter there.

The minister asked the PTI to better stage its so-called protest either in H-9 area or F-9 Park in line with the directives of the higher judiciary.

“Every political party has the right to hold a protest peacefully,” he added. The government would facilitate and provide full security to the PTI workers if they held their protest at the designated places, he assured.

Rana Sana claimed that they had the reports of a possible attack on the ECP by the PTI workers, who had the intention to hold a violent protest in the Red Zone.