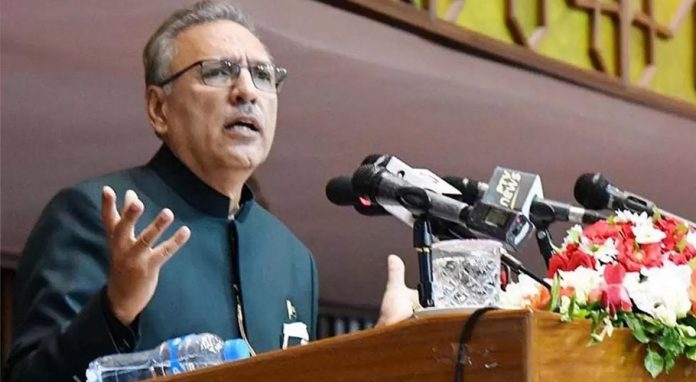 President Arif Alvi will deliver his mandatory speech to joint session of the parliament. Despite the fact that President Alvi is a senior leader of the PTI, Imran Khan has asked the party’s senators not to attend the session.

PTI’s parliamentary party in the senate has informed the members about the party chief’s decision.

President Alvi was scheduled to address the joint session on August 14. However, the event was postponed because of concerns from the coalition government. The combined session was called today after all issues were resolved following a meeting between President Alvi and Prime Minister Shehbaz Sharif.

This will be the shortest parliamentary year since it would consist of 310 days, if the national assembly is not dissolved before time.

Under clause three of the Constitution’s Article 56, the president must address the Parliament after each general election and the first session of the parliamentary year to inform the lawmakers of the “causes of its summons”.

The mandatory address of the president to the joint sitting of the parliament became due since the start of the National Assembly’s parliamentary year on August 14.