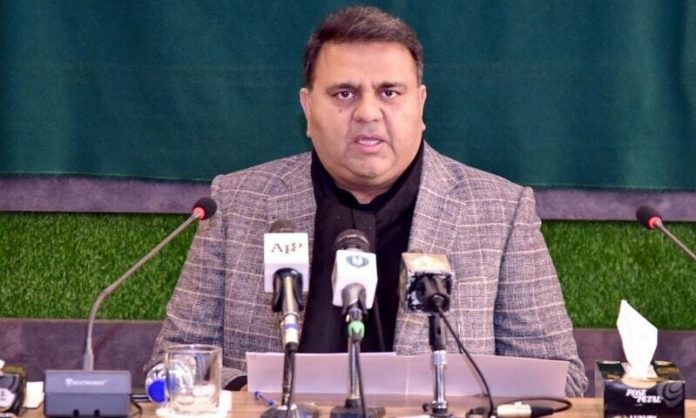 Pakistan Tehreek-e-Insaaf leader and former federal information minister Fawad Chaudhry has said that the party will challenge the Election Commission of Pakistan’s (ECP) decision to seize 16 of the party’s bank accounts.

He was speaking to the media in Islamabad on Monday after the ECP announced the much awaited reserved decision in the prohibited funding case against the PTI.

Former federal minister said that PTI is the only party that runs on donations from the public while other parties have billionaires as their backers.

Reacting to the ECP decision, Fawad said that there are two parts to the case. First is it a foreign funding case, our stance from beginning has been that it’s not a case of foreign funding, said Chaudhry.

We had no hope from the ECP but it also reached the decision that the case is not of foreign funding, he said.

The second part of the case was that the party did not declare 16 of its bank accounts, he explained.

Our stance has been that it was not Imran Khan who opened these account, PTI leader said.

“How would have Imran Khan declared these accounts if he was not even aware of them?”

The case was related to the funding the party received between 2008 and 2013. During this time, the PTI received donations worth Rs3b to Rs4b, he said adding that most of these were from the overseas Pakistanis.

The PTI considers overseas Pakistanis backbone of the country’s economy. When the party launched Namanzoor.com, it received around Rs470 million in just 5-6 days, he claimed adding that more than half of that was from expatriates.

People should know the source of information of all the parties including the PML-N, PPP and JUi-F. No party has the right to hide its source of funding, Chaudhry said.