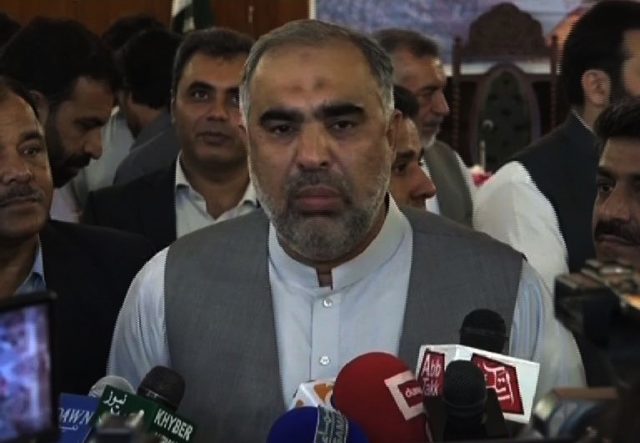 ISLAMABAD: Pakistan Tehreek-e-Insaf (PTI) leader and nominated National Assembly speaker Asad Qaiser on Saturday said his party would take the opposition along for the sake of national interest and progress of the country.
“The PTI has got 180 members of the National Assembly to elect Imran Khan as prime minister on August 18. However, we will take the opposition along to resolve the crisis our country is facing,” he said while addressing media outside Bani Gala in Islamabad.
He said the PTI government would have to deal with the internal issues that have been triggered by war on terror and those which were being faced at the borders.
The PTI leader shunned the media reports of differences within the party.
He also said Pakistan could become hub for massive investment if we utilised the China Pakistan Economic Corridor (CPEC) effectively.
The PTI has nominated Asad Qaiser as the speaker of the National Assembly. He has served as the speaker of Khyber Pakthunkhwa Assembly during last five years of the PTI government in the province.
It is pertinent here to mention that Imran is scheduled to take oath on August 18.
As soon as the newly-elected prime minister would take oath, the job of the caretakers would be over and power would be transferred to the newly elected government under the law and the constitution.