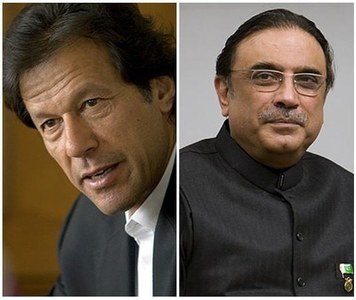 ISLAMABAD: The Pakistan Tehreek-e-Insaf (PTI) has decided to increase political pressure on Sindh Chief Minister Murad Ali Shah for his resignation after his name was added to the Exit Control List (ECL).
In this regard, Prime Minister (PM) Imran Khan, in a telephonic conversation on Saturday, spoke to Grand Democratic Alliance’s (GDA) Member of National Assembly (MNA) Sardar Ali Gohar Mahar regarding current political situation in the country, and subsequently tasked Information Minister Fawad Chaudhary to achieve consensus among influential politicians of Sindh.
The information minister is expected to head for consultative meetings with leaders of the Grand Democratic Alliance (GDA) and Muttahida Qaumi Movement (MQM) in Karachi, Badin, Sukkur and Larkana on Monday.
Meanwhile, the information minister called Murad Ali Shah as the primary suspect in findings of the report by Joint Investigation Team (JIT) in the fake accounts money laundering case.
“The PTI has no concerns whatsoever if the PPP nominates any other provincial minister for chief minister,” he went on to say.
Contrarily, the PPP has been striving to defend its government in Sindh.
PPP’s Khurshid Shah said that the governor rule could not be imposed in the province according to the Constitution of Pakistan.
Murad was one of the 172 individuals added to the no-fly list by the federal government.