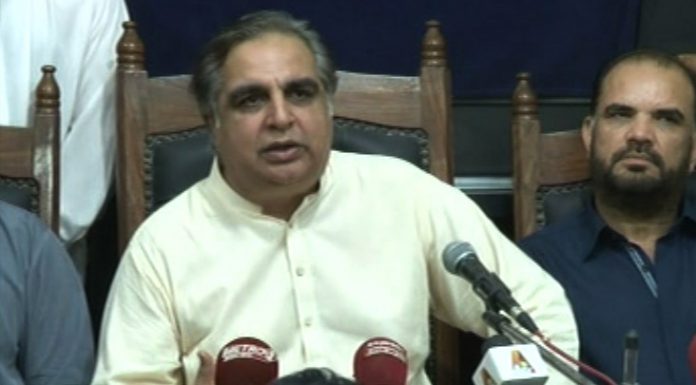 KARACHI: Pakistan Tehreek-Insaf (PTI) leader Imran Ismail on Monday said that if justice is not given to victims and families affected by Baldia factory fire tragedy, PTI will protest on roads for their cause.
A joint press conference was held by Pakistan Tehreek-Insaf (PTI) leaders Imran Ismail and Khurrum Sher Zaman.
The PTI leaders said, “Action should be taken against leaders named in confessions by Kamran Farooqi and Rehman Bhola.”
Imran Ismail said that new evidence was discovered in Panama Leaks case. He told, “Imran Khan will himself present the evidence before media tomorrow.”
The leaders from opposition party suggested that National Action Plan (NAP) should be implemented and military courts should allowed to continue their work. They further stated that Sindh Rangers should be given powers for a longer period.