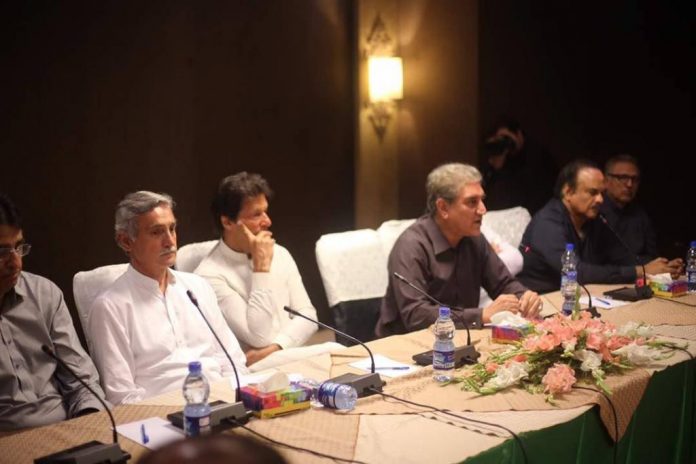 ISLAMABAD: Pakistan Tehreek-e-Insaf (PTI) has summoned a meeting of its Central Executive Committee (CEC) on Thursday in order to devise a strategy for upcoming general elections, likely to be held within two months after the PML-N government expires on May 31, and approve code of conduct for the party.
According to details, the central executive committee meeting was summoned on Thursday which would be presided over by the Chairman Imran Khan and the members are directed to ensure their presence in the meeting. “The meeting would take important decisions pertaining to the upcoming elections while the party’s code of conduct will also be tabled in the meeting for the approval,” they said.
The party has decided to initiate its election campaign country-wide from April 29 and the meeting would discuss different aspects of the campaign in order to make it more effective.
The meeting would also approve arrangements for the first public gathering of the election campaign in Lahore.