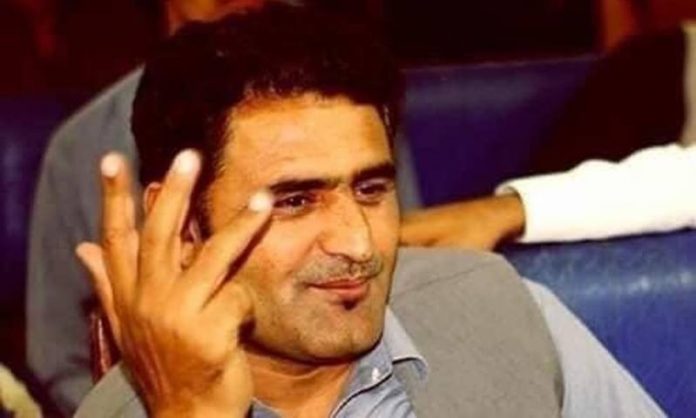 QUETTA: Pashtun Tahaffuz Movement (PTM) leader Professor Arman Loni’s murder case FIR registered against Loralai’s assistant superintendent of police (ASP), Attaur Rehman, two months after the incident.
A first information report (FIR) was registered at the Loralai police station on the complaint of an individual named Abdul Qayyum, under Section 302 (premeditated murder) of the Pakistan Penal Code.
Loni allegedly died during a police crackdown on a sit-in in Loralai on February 2.
According to Loralai police, they came to the venue of the sit-in after receiving a tip-off about the presence of a wanted man there. However, some participants of the sit-in offered resistance to the police attempt to arrest the suspect, which led to a scuffle, during which Prof Loni died.
On the other hand, the bereaved family and the participants of the sit-in believe that the activist’s death was caused by police torture.