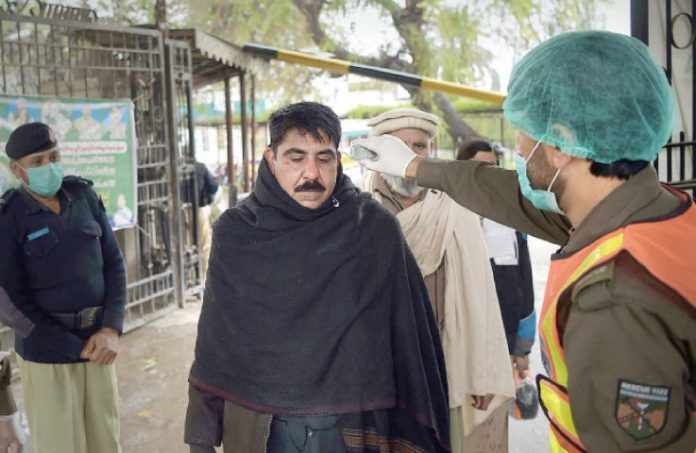 PESHAWAR: An extraordinary situation developed in the provincial capital on Saturday after wedding halls like other public places were closed down to prevent spread of coronavirus.
Those scheduled to celebrate weddings there were left in a quandary as the order to shut-down the wedding halls was sudden.
“The district administration of Peshawar and other districts on Saturday started action on the directives of the provincial government, closing down over 90 hostels, educational institutions, cinemas, public places and wedding halls,” Abid Majeed, the secretary of the Rehabilitation, Relief and Settlement Department said.
As many as 26 hostels across Peshawar as well as 32 educational institutions that had not announced vacations despite directives by the Khyber Pakhtunkhwa government were closed on Saturday. Tens of thousands of students were seen waiting at bus and coaches stands as they tried to find seats in passenger vehicles for their hometowns after announcement of vacations to stop the spread of the virus.
A tense situation was created across the provincial capital and other districts when the wedding halls were closed and the administration was directed not to host any kind of function due to the emergency across the world.
The management of the wedding halls are busy conveying information to others who had booked their halls for weddings and other events in the coming weeks. In turn, the families hosting these events are trying to convey this information to their invited guests.