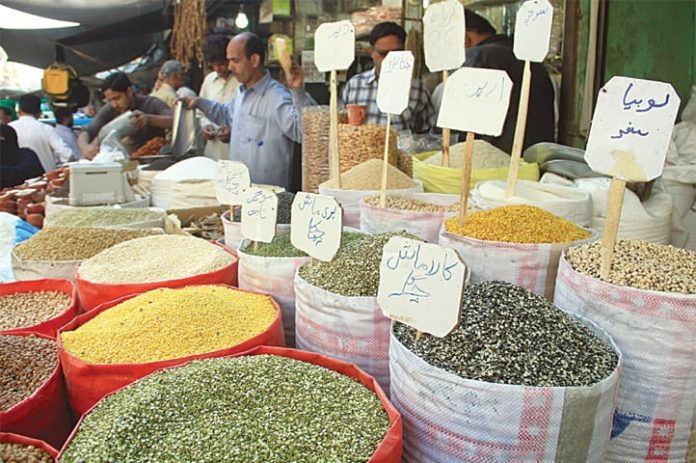 ISLAMABAD: Despite exemption in duties and taxes on the import of essential food commodities, the price of pulses have sharply increased between 30 percent and 50pc due to short supply amid countrywide lockdown.
As per details, the prices of essential food items, especially pulses have increased by up to 50 percent in the wholesale markets.
Split Bengal gram (channa) price was raised by Rs35/kg to Rs175/kg from Rs130. Green gram washed (moong) price increased to Rs290 from Rs260.
The rate of split red lentil (masoor) increased by 50 percent to Rs180 from Rs130/kg in the wholesale market. The price of split-washed black gram (maash) rose by Rs35/kg to Rs250. It was sold at Rs215 before the lockdown
Similarly, the sugar is being sold at Rs78 per kg in the wholesale market, while at Rs85 per kg in retail.
It must be noted that Prime Minister Imran Khan last week announced a multi-billion package involving relief for labour and underprivileged class, business community and industries and farmers amid shutdown due to coronavirus pandemic.
The prime minister earmarked Rs 200 billion for labour class and announced Rs 150 billion package for poor segments of the society under which each household would be given Rs 3000 for the next four months. “We are also expanding the sphere of shelter homes and are also setting aside Rs 50 billion for utility store to provide them basic commodity items on lower prices,” Imran Khan said.
The prime minister also announced to lower the fuel prices in the country by Rs 15 per litre other than relief in payments of utility bills that could now be paid in three-month installments.