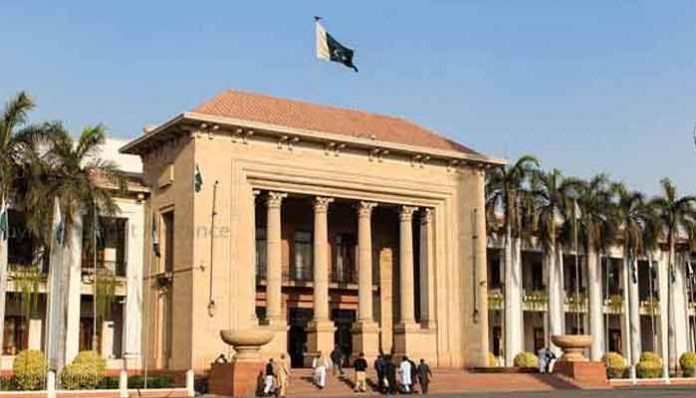 LAHORE: The Punjab assembly is all set to elect its speaker today as fierce competition is expected between PTI candidate Sibtain Khan and PML-N nominee Saiful Malook Khokhar.

The Punjab Assembly session will be held at 4pm to elect the Speaker through a secret ballot.

On Thursday, PTI’s Raja Basharat yesterday submitted the resolution for the election of new PA speaker. The candidates filed their nomination papers by 5:00 PM yesterday.

PTI leader Farrukh Habib said that people had announced their decision in the Punjab by-election. He sounded confident that Sabtain would be elected as speaker of the provincial assembly today.

He said all coalition parties members including the Pakistan People’s Party would vote for PML-N’s candidate for the speaker. He directed the PDM to be more active during the election.

On the other hand, members of Punjab Assembly belonging to the ruling alliance of Pakistan Tehreek-i-Insaf (PTI) and Pakistan Muslim League-Quaid (PML-Q), submitted a no-trust resolution against Deputy Speaker Dost Muhammad Mazari in the provincial assembly on Thursday.

PTI’s Raja Basharat submitted the resolution to the assembly’s secretariat on behalf of MPAs of the alliance, which was passed by a majority vote.