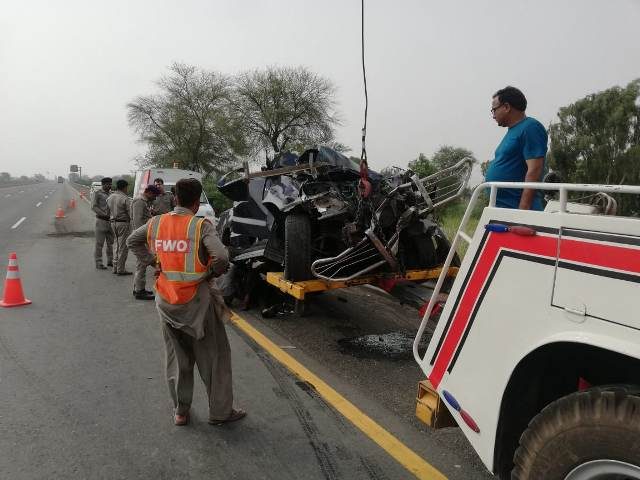 ISLAMABAD: Punjab DIG Kamran Yousaf died on Wednesday morning after his car collided with a trailer on M-2 Motorway near the Sial Interchange.
He was going to Islamabad from Lahore with his friend Ashar Yousaf was driving the car.
Ashar died on the spot and Yousaf was injured. The Motorway police took him to a nearby hospital where he passed away.
The police said the accident occurred due to break failure. His car was moved to a local police station.
The trailer driver fled the scene and the police are still searching for him.