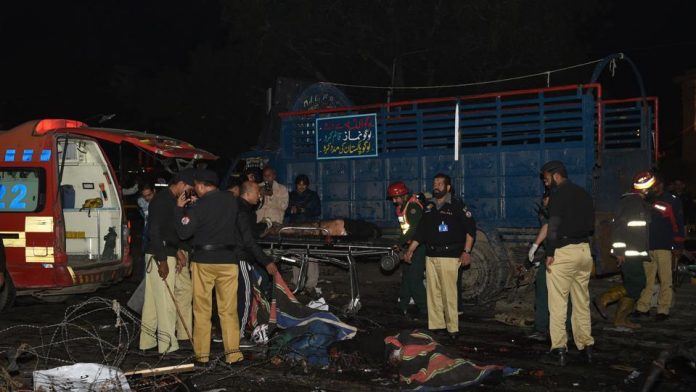 LAHORE: One day mourning is being observed in Punjab on Tuesday to mourn the death of thirteen people including two senior police officers in a bomb blast in Lahore on Monday.
This has been announced by Punjab Chief Minister Muhammad Shahbaz Sharif.
Markets will remain closed in grief of the deceased.
Meanwhile, Punjab Chief Minister Shahbaz Sharif visited Sir Ganga Ram Hospital Lahore on Tuesday morning and inquired after health of those injured in bomb blast at Charing Cross.
He issued necessary instructions for best treatment of the injured.