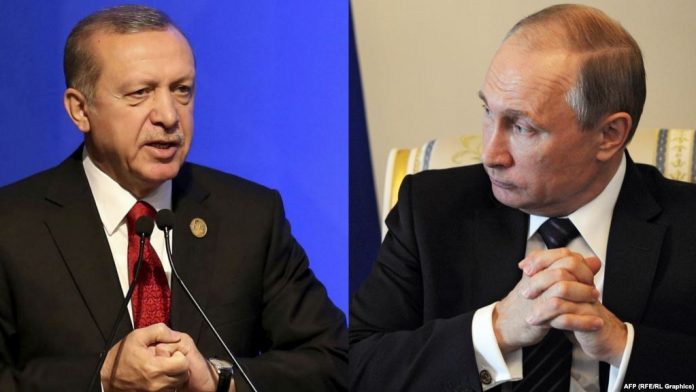 MOSCOW/ANKARA: Turkish President Tayyip Erdogan gave an update on the investigation into the killing of the Russian ambassador in Ankara in a phone conversation with President Vladimir Putin on Friday which also covered the Syrian crisis, the Kremlin said.
The envoy, Andrei Karlov, was shot dead on Monday by an assassin who shouted “Allahu Akbar” and “Don’t forget Aleppo”. He was buried with military honours in Moscow on Thursday.
“The President of Turkey informed Vladimir Putin about how the investigation of the murder of the Russian ambassador to Turkey was going,” the Kremlin said in a statement.
“The close cooperation between Russian and Turkish law enforcement and special services was noted,” it said.
On the Syrian crisis, the two men expressed satisfaction with the end of the operation in Aleppo.
“This has meant that favourable conditions have been created to start the peace process, assuming there will be a cessation of hostilities across the whole territory of Syria and a transition to a political settlement,” it said.
Russian news agencies reported earlier on Friday that one Russian military police battalion, fully staffed with contract service members, had been deployed from the Hmeimim air base in Syria to Aleppo.
The battalion will help local officials with law enforcement, the defence ministry was quoted as saying by RIA news agency.– Reuters