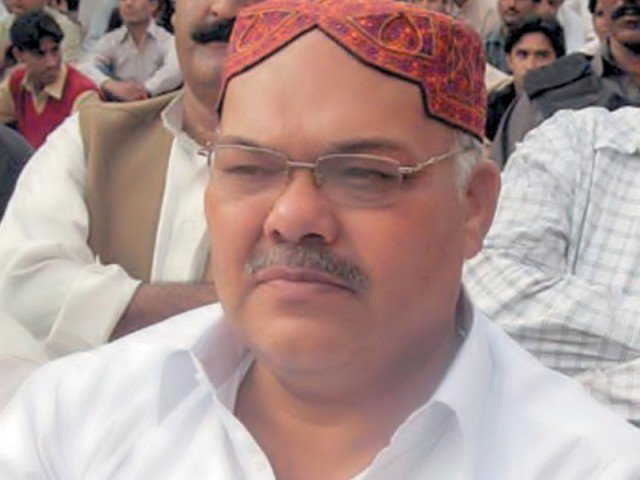 HYDERABAD: Chief of Sindh Taraqi Pasand Party Dr. Qadir Magsi announced to contest election on NA-213 Nawabshah against Co-chairperson Pakistan People Party Asif Ali Zardari in the general election 2018.
Addressing a news conference here at Hyderabad Press Club on Tuesday, he said that his party will field candidates at national and provincial assembly constituencies and he himself would contest elections on NA-213 Nawabshah and PS-62 Qasimabad Hyderabad.
He said that the PPP government in Sindh had disappointed the people as they did not receive their basic rights.
The PPP government had failed to serve the masses and looted exchequer with both hands, he said and added that now its leadership has been engaged to mislead the people on the basis of language.
He said that both PPP and MQM leadership have destroyed Sindh and again they wanted to get sympathies of the masses by promoting the politics of ethnicity in the province.
The people of the province now fully aware of such politics and now they are not ready to involve themselves in the foolish activities, he said and added that he has decided to contest election against Asif Ali Zardari to prove that the people wanted change in the province.