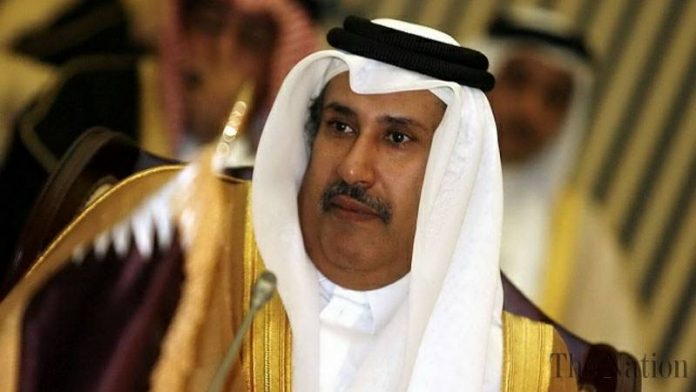 ISLAMABAD: Qatari Prince Hamad Bin Jasim Bin Jaber Al Thani has on Monday responded to the Joint Investigation Team (JIT) by sending in a letter but on the other hand has apologised from appearing in person before the investigating team.
According to the letter submitted to the JIT, the Prince wouldn’t be able to come to Pakistan due to his personal engagements.
Reportedly, Hussain Nawaz had suggested the JIT to record Hamad Bin Jasim Bin Jaber Al Thani’s statement through video link, which they rejected.
On the other hand, the Joint Investigation Team (JIT) has received the reply of Qatari Prince through a letter.
According to reports, Pakistan’s mission in Doha had received Qatari Prince’s reply three days ago.
Officials said the letter, delivered first to the Pakistan Embassy in Doha, reached the Foreign Office from where it was transported — without any tampering — to the JIT headquarters at the Federal Judicial Academy, sources informed further.
On the other hand, the JIT will submit its second progress report on June 7 before the Supreme Court. In the third phase of the investigations, PM Nawaz and Finance Minister Ishaq Dar are expected to appear before the JIT. So far, Hussain has appeared four times before the JIT while Hassan Nawaz has appeared once.