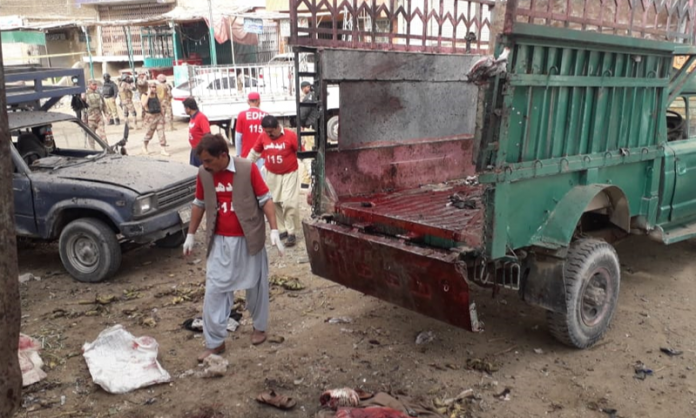 QUETTA: The death toll in Quetta fruit market bomb blast has reached 16 as more injured succumbed to their injuries on way to hospital.
DIG Quetta Abdul Razaq Cheema confirmed 16 deaths including 8 Hazaras. He said that at least 30 people were injured in the blast. He said that the FC personnel were also among the injured.
According MS civil hospital, 11 dead bodies were shifted to civil hospital, while the administration of BMC confirmed three dead bodies were shifted to hospital. At least 30 people were also injured in the blast.
According to earlier reports, at least eight people from Hazara Shia community were killed in a bomb blast at a fruit market in Quetta.
According to reports, the blast occurred at Hazar Ganji fruit market. According to local police eight people were killed and many were injured in the explosion. Many of the injured were in critical condition, who were being shifted to nearby hospitals. Emergency has been declared in three hospitals of the city. The rescue teams and security forces rushed to the blast site. The security forces cordoned off the blast site.Seven of those killed were members of the Hazara community, while one Frontier Corps soldier was martyred in the attack, a police official said.