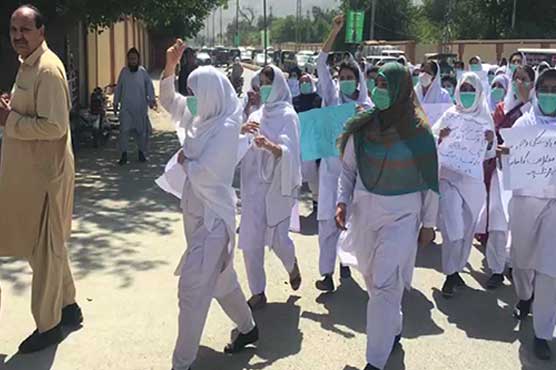 QUETTA: Nurses in Quetta have on Tuesday staged protest outside the Chief Minister House for not receiving scholarships for four months.
The nurses tried to enter the CM House but were stopped by the police officials. The protesters then staged a sit-in at Edhi Chowk.
Furthermore, a scuffle also broke out between the nurses and female police officers.