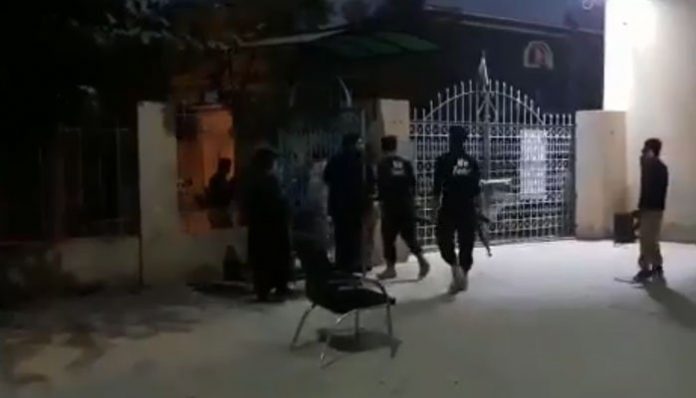 QUETTA: At least six terrorists were killed and five security personnel were injured during a Counter Terrorism Department (CTD) operation near Eastern Bypass in Quetta in the early hours of Wednesday morning.

According to a CTD spokesperson, the counter-terrorism police and intelligence agencies launched a raid on a terrorist hideout in Eastern Bypass area of the city after they received reports regarding the presence of the terrorists in the area.

The spokesperson further said, one of the suicide bombers blew himself up during encounter by detonating his explosive vest. He added, during the operation, six terrorists were killed which also included a woman who was wearing a suicide jacket. He added the exchange of gunfire resulted in five security personnel being injured.