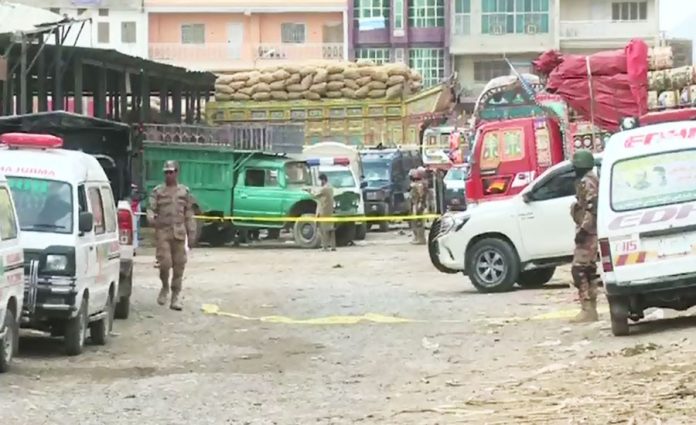 QUETTA: Investigation into Quetta’s Hazarganji attack underway, body parts of the suicide bomber sent for DNA test here on Sunday.
As per details, the Counter Terrorism Department (CTD) officials have decided for geo-fencing of the crime scene, while the body parts of the attacker were also sent for DNA to support in investigation.
On the other hand, members of Quetta’s Hazara community continued their protest against the Hazarganji suicide blast for a third consecutive day.
A large number of men, women and children attended the protest demonstration on Western by-pass, demanding that the government bring those behind the attack to justice.
Traffic remained suspended on the Western by-pass owing to the sit-in.
At least 20 people, security personnel and children among them, were killed and 48 others wounded in a suicide attack at the Hazarganji fruit and vegetable market in Quetta on Friday morning.
The deceased included eight members of the Hazara community and soldier of the paramilitary Frontier Corps (FC).
Speaking to the media after the blast, Balochistan Home Minister Zia Langove had said the vegetable vendors belonging to the ethnic Haraza community were the target. “A suicide bomber detonated his explosive laded vest inside the vegetable marker,” he said.