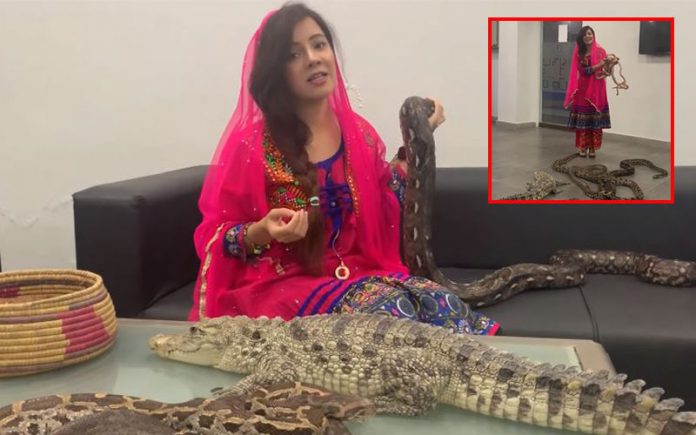 LAHORE: Singer Rabi Pirzada landed herself into trouble for taking pictures and videos with snakes and crocodiles.
The Punjab Wildlife Protection and Parks Department submitted a challan in a court against her for taking pictures and videos with the reptiles and keeping them at her salon in Lahore.
On September 2, the starlet posted a video on her YouTube channel in which she can be seen holding a snake with more snakes and a crocodile in the frame. “All these are gifts for [Indian PM Narendra] Modi,” she said. “My friends will feast on you.”
She starts the video by saying that a Kashmiri woman and her snakes are ready to take on India.
If convicted, the singer can be imprisoned for up to five years and will have to pay a fine.
Pirzada has claimed that the reptiles don’t belong to her and she had rented them for the video.