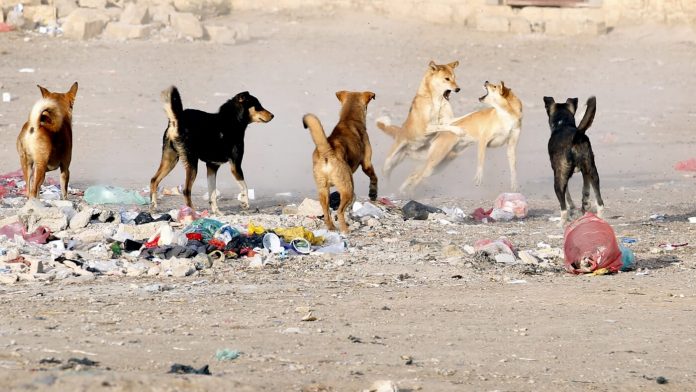 SHANGLA: As many as 14 people were bitten by rabid dogs in Shangla district of Khyber Pakhtunkhwa (KP).
Sources in the provincial health department said that anti-rabies vaccine was not available at any public sector hospital in Malakand Division hence all the affected people were referred to Swat.
Earlier on September 18, a minor boy who was bitten by a stray dog died of rabies in Larkana. 10-year-old Mir Hasan died in the lap of his helpless mother sitting in front of the Larkana commissioner’s office. His mother had said her son died as he couldn’t get the anti-rabies vaccine.
Initially, according to the woman, her son was taken to a government hospital in Shikarpur where he couldn’t get the vaccine. Then, she had brought him to Larkana’s Shaheed Benazir Bhutto Hospital but to no avail, resulting in the death of the boy.