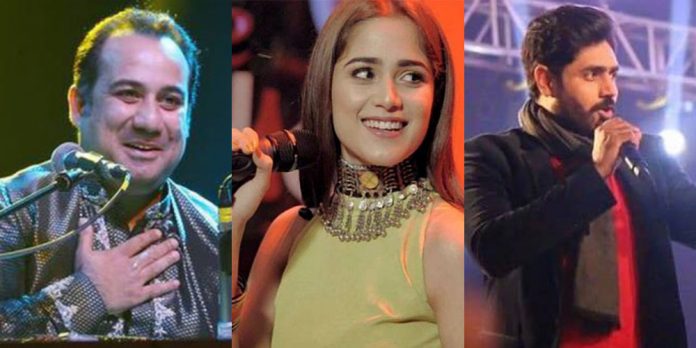 KARACHI: Pakistan’s renowned qawwal and singer Ustaad Rahat Fateh Ali Khan will be leading the performance at the opening ceremony of the Pakistan Super League (PSL) season 5, scheduled on February 20 at National Stadium Karachi.
According to sources, the other performers include female singer Aima Baig, Punjabi Bhangra King Abrar-ul-Haq and Tayyar Ho boys.
The ‘Tayyar Hain’ anthem boys include Ali Azmat, Asim Azhar, Haroon, Arif Lohar, and Sanam Marvi.
Moreover, Rahat Fateh will be performing at the PSL‘s opening ceremony for the second time.
While Aima also gave goosebumps to the crowd at last year’s opening function in Dubai.
The fifth edition of one of the successful T20 leagues will start from February 20.
The opening ceremony will followed by opener between Islamabad United and defending champions Quetta Gladiators.
However, the final of the extravaganza schedules for March 22 at Gaddafi Stadium Lahore.