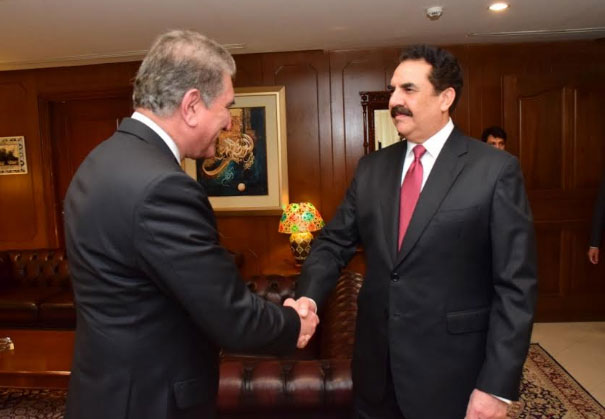 ISLAMABAD: Commander-In-Chief of Islamic Alliance against Terrorism, General (Retired) Raheel Sharif called on Foreign Minister Shah Mehmood Qureshi in Islamabad today (Tuesday) and exchanged views on regional peace and stability besides discussing matters of mutual interest.
During the meeting, Raheel Sharif apprised the foreign minister about the measures taken by the alliance against terrorism. Speaking on the occasion, Foreign Minister lauded the efforts of the Alliance against terrorism.
The alliance was established on December 15, 2015 and initially its members were 34 and now it members are 41.