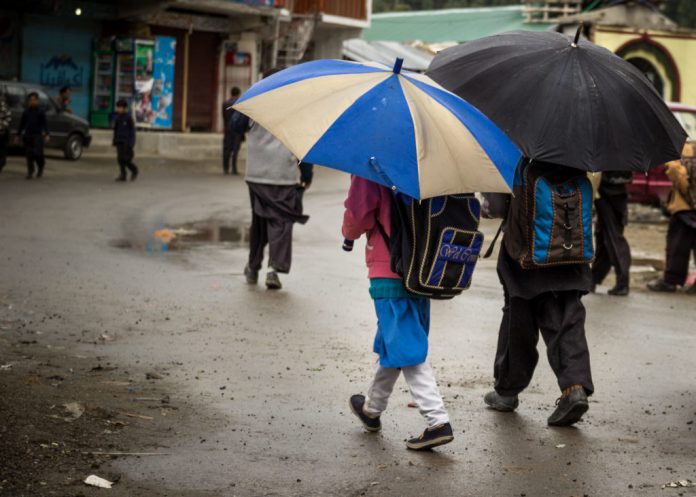 LAHORE: Several areas of the country including Punjab and Sindh have received rainfall last night which increased the chill, providing much needed relief to the people from dry weather.
Drizzle began in Lahore last night and continued till the compilation of this report.
Similar weather conditions also reported in Kasur, Faisalabad, Toba Tek Singh and Okara.
Light rain also aided to chill in different cities of Sindh province giving a pleasant atmosphere to the people.
Let it be known that Met Office has predicted a three-day fresh rain spell with snowfall over the hills in upper Punjab, Khyber Pakhtunkhwa, Kashmir and Gilgit-Baltistan from Monday.
Rain with thunderstorm has also been forecasted in north-east Balochistan and Sindh.
The Met Office has added that cold wave was likely to prevail in most parts of Balochistan and Sindh including Karachi during this week.
Met Office said that a westerly wave was affecting upper and center parts of the country and might persist in upper parts of the country till Wednesday.