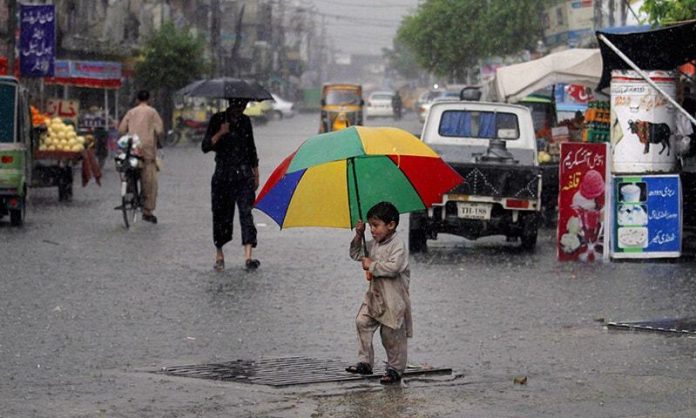 ISLAMABAD: Most areas of the country are expected to receive rains over the next three days starting from Monday (today).
According to reports, Meteorological Department said thunder showers are expected to lash parts of Kgyber Pakhtwankhwa (KPK) province, federal capital Islamabad, upper Punjab, Kashmir, Gilgit Baltistan, and some parts of Balochistan.
Snowfall is also expected at mountainous areas of KPK province particularly Chitral, which is also expected to receive rains.
This rain system is also expected to lash many areas in Sindh province including Karachi, Sukkur, and Larkana. It is worth mentioning here that rain has already soaked Quetta, the provincial capital of Balochistan and surrounding areas lowering the temperature.
This is the first winter rains.
Meanwhile, the weather in most areas of the country during the last 24 hours remained dry. The plain areas of Punjab as well as Sukkur city in Sindh and Dera Ismail Khan and Peshawar cities
remained in grips of dense fog.
The winter rains are welcomed indeed because they are expected to bring relief from weeks-long smog persisting in much of the country and India and to reduce the air pollution.
Meteorologist Muhammad Ajmal Shad has said that the three-day spell of rain, which is forecast to begin today, would help break the smog that has been caused by dust, the burning of crops, industry and brick kilns.
The smog has caused respiratory problems and irritated eyes, and led to poor visibility, resulting in highway accidents.
It is worth mentioning that parts of the country are in the grip of dense smog and fog which has disturbed routine life and commuters face problems as the smog and fog has disrupted flow of traffic and schedule of flights and trains. – APP