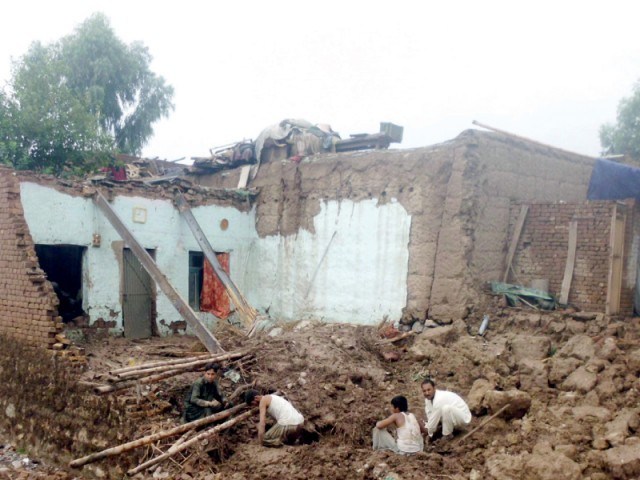 PESHAWAR: At least four persons including three children were killed in roof collapse and electrocution incidents during rainfall in Khyber Pakhtunkhwa and Punjab.
The rooftop of a house collapsed in Jalala area of Mardan during windstorm and rainfall leaving two children dead, while four other persons sustained injuries in the incident.
Moreover, a youth electrocuted to death from a high-voltage electricity transmission line at Eidgah road of Okara during the rainfall.
An eight grader died in another electrocution incident in Pakpattan town due to live power wire laid at the roof of a private school building.
Seven members of a family were injured in a village in Arifwala when dilapidated rooftop of their house caved in during the rainfall.
It is to be mentioned here that Khyber Pakhtunkhwa, Punjab and other parts of the country have received widespread rainfall with wind and thunderstorm in a recent wet spell across the country.
According to a weather department forecast the ongoing rainy spell is expected to continue till Saturday.