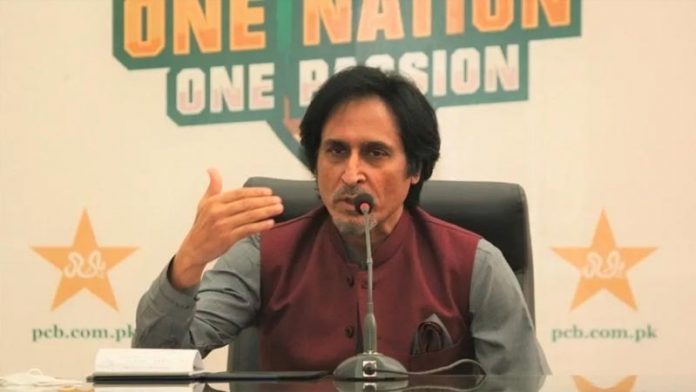 LAHORE— Despite of Prime Minister Shehbaz Sharif announcement that he has no plans to remove Ramiz Raja, a well reports claim that the days for the chairman of the Pakistan Cricket Board (PCB) are numbered as amendments in the board’s constitution on cards.

As per the report, the issue of the amendments in the board’s constitution along with the potential removal of Ramiz Raja and Asad Ali Khan from PCB Board of Governors (BoG) is expected to be discussed in the upcoming federal cabinet meeting.

The move will pave the way for PM Shehbaz to appoint a new PCB Chairman under Article 47 of the board’s constitution.

According to Cricket Pakistan report, the PM has also met the potential candidates, Najam Sethi, Zaka Ashraf, and Khalid Mahmood.

It is worth to mention here that the government will not be able to change the PCB chairman under the current PCB constitution.

As is the procedure, the Prime Minister, Shehbaz Sharif will name a new PCB chairman under Article 47 of the board’s constitution, similar to former PM, Imran Khan’s confirmation of Ramiz as the new chairman.

Traditionally, PCB management also sees a change after the appointment of the new government. However, Raja and Co. has been retained.

It is pertinent to mention here that Prime Minister Shehbaz Sharif in a meeting with former PCB Chairman Kahlid Mahmood on Sunday decided against changing the PCB chairman Ramiz Raja by saying that there are far more important issues that needs his attention at the moment.