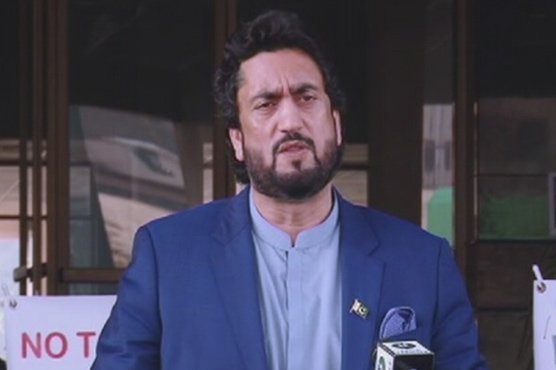 ISLAMABAD: State Minister for Narcotics Control Shehryar Afridi on Wednesday alleged that Pakistan Muslim League-Nawaz (PML-N) leader Rana Sanaullah’s legal team was adopting delaying tactics in the drugs trafficking case.
The minister defended the decision to file narcotics case against the PML-N leader while addressing a news conference in Islamabad a day after the bail was granted to the former provincial minister by the Lahore High Court (LHC).
“After the bail a perception was created in the media that Rana Sanaullah was innocent,” said the minister.
“Rana Sanaullah has not been acquitted by the court.”
Afridi clarified that he did not speak about the issue earlier as he was out of the country.
“This is a season of bails,” commented the state minister, while insisting that the Anti-Narcotics Force (ANF) is a professional force.
“There’s a lot of talk in the media about video evidence,” he said.
The minister clarified that he “used the word footages in his press conferences and not video.”
It is pertinent to mention here that Afridi, in the aftermath of Sanaullah’s arrest, had repeatedly defended the ANF, claiming to have “pictures and video record” and saying that the PML-N leader’s car was monitored for three weeks before he was arrested.
“The court has not issued the order yet and the legal team would decide about the future strategy,” maintained Afridi.