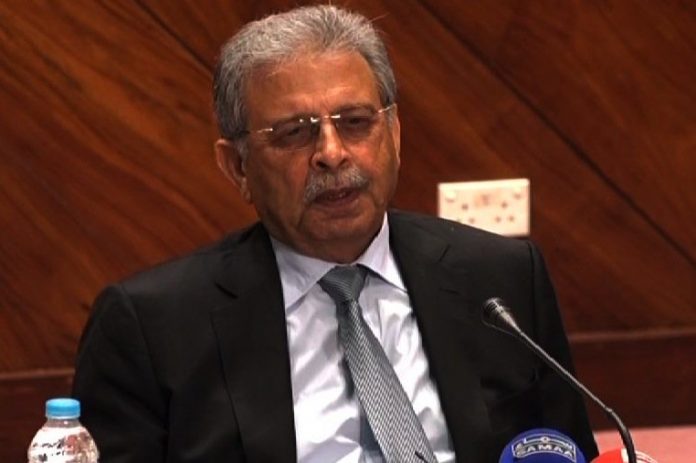 ISLAMABAD: The National Public Accounts Committee (PAC) session got underway today where Pakistan Muslim League Nawaz (PML-N) Rana Tanveer was chosen as the new chairman.
Leader of the opposition in the National Assembly and Pakistan Muslim League Nawaz (PML-N) Shehbaz Sharif had resigned from the position earlier, leaving the position open for a new appointment.
Shaikh Rohail Asghar had proposed the name of Shehbaz Sharif for Chairman of the PAC, which was endorsed by Malik Amir Dogar and Mushahid Hussain Sayed.
The meeting of the PAC as per the earlier understanding between the treasury and the opposition elected Shehbaz Sharif as the chair.
The PAC comprises of 23 members of the lower house and six members of the Senate.
According to the sharing formula, the opposition parties and the treasury benches will get their shares in parliamentary committees according to the ratio of their party members strength.