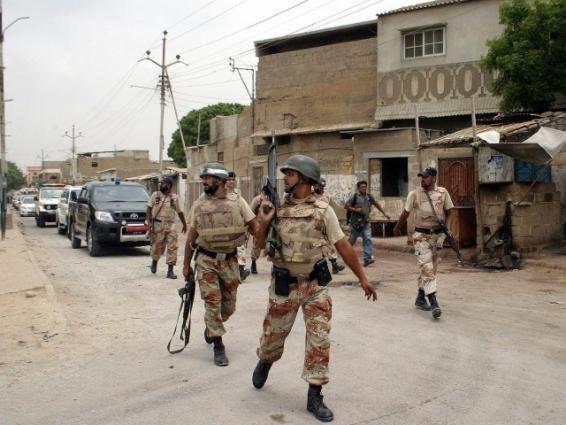 KARACHI: The Rangers Saturday arrested nine suspects during targeted search operation in different areas of Karachi.
According to a spokesman for the Rangers,  the raids were carried out in different areas of Karachi. Nine suspects including target killers and members of banned groups were arrested. The spokesman said that weapons were also recovered from their possession.