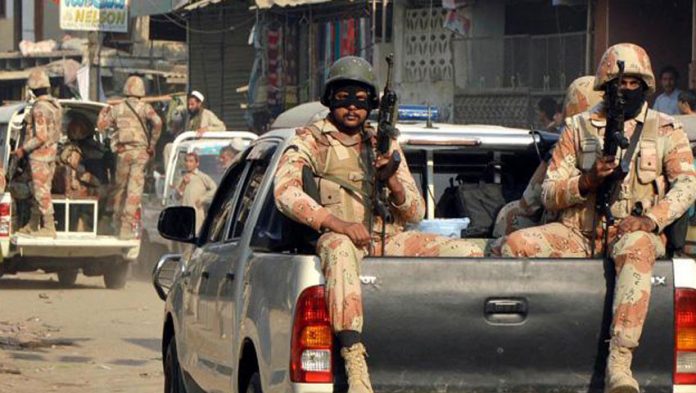 KARACHI: The Rangers have arrested two operatives of Muttahida Qaumi Movement-London’s (MQM-L) South Africa chapters on Wednesday.
Rangers’ spokesperson said that the operatives were arrested during a joint raid conducted by Pakistan Rangers Sindh and police in Orangi Town.
The suspects have been identified as Bilal and Arshad who were planning on targeting candidates of opposing parties ahead of general elections.
During the course of initial investigations, the suspects confessed to receiving financial assistance from MQM-London, the spokesperson added.