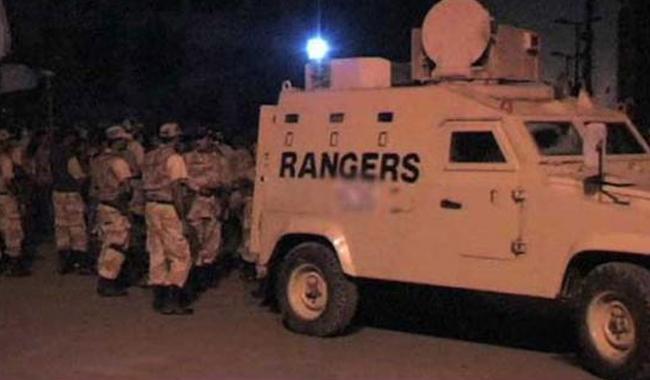 KARACHI: A paramilitary solider was killed in an exchange of fire with terrorists in Manghopir area of the city on Sunday.
The Pakistan Rangers Sindh carried out the raid on a tip off about the presence of terrorists who shot dead the soldier while fleeing the area.
Details of the raid were not immediately known. The body was shifted to the Civil Hospital Karachi for medico-legal formalities. The Rangers have been carrying out an operation against criminal elements in the city for the last three years, which has brought relative peace in Karachi, home to at least 20 million and commercial hub of Pakistan.