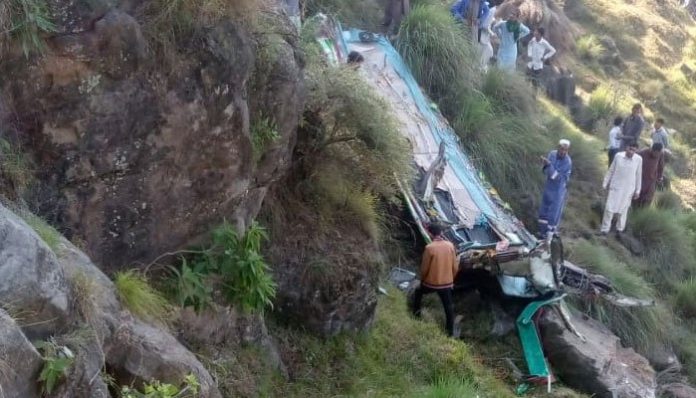 RAWALAKOT: At least 23 people were killed while several others got wounded when their bus plunged into a gorge in Azad Jammu and Kashmir’s Rawalakot on Wednesday. Police relayed that the passenger bus was en route from Sudhanoti district’s Balouch town to Rawalpindi when it met the tragedy near the Manjhari area.

The Pallandri deputy commissioner confirmed the death of 23 people in the accident. The bodies were shifted to Tehsil Hospital Balouch while eight injured were rushed to District Hospital Kotli, he said. The police fear the death toll could rise as some of the injured are said to be in critical condition.