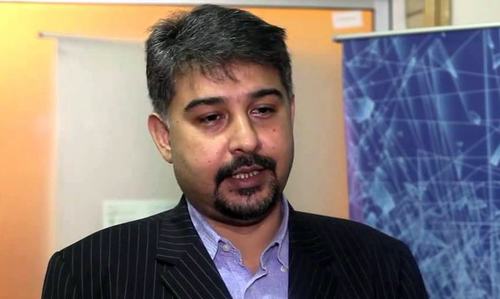 KARACHI: Ali Raza Abidi, the Member of National Assembly (MNA) hailing from Muttahida Qaumi Movement-Pakistan (MQM-P) has sent his resignation to the National Assembly speaker Sardar Ayaz Sadiq on Monday.
Ali Raza Abidi has cited political and personal reasons in the resignation letter adding that he would held a meeting with the speaker Sardar Ayaz Sadiq on November 15 for the verification of his resignation.
The resignation comes days after Abidi, in a tweet from Iraq, announced quitting the MQM-P after it entered into an electoral alliance with the Pak Sarzameen Party (PSP).
Responding to a query about the reasons for his resignation, as the MQM-P and PSP’s alliance has been clarified now, Abidi listed the reasons for his resignation as follows:
“The 4 year operation in Karachi, its motives, interventions, its results and the future. Couldn’t do much for my constituents and Karachi. Census results. LG [local governmnet] powers. Can’t be a part of electoral alliance with PSP.”
He then stated, “My apologies to all”.