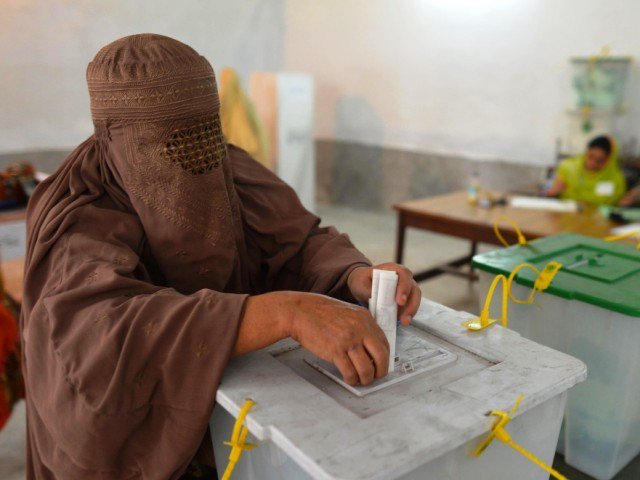 SHANGLA: Polling is in progress on a vacant seat of Khyber Pakhtunkhwa Assembly PK-23 Shangla.
Polling will continue till six in the evening, without any break.
Thirteen candidates are in the run for the seat. Prominent among them are Shaukat Yousafzai of PTI, Muhammad Yaar of MMA, Umer Zada of ANP and Afsar-ul-Mulk of PPP.
One hundred and thirty-five polling stations have been established across the constituency.
Earlier, the results of PK-23 Shangla were declared invalid by the Election Commission, as ratio of women voters was less than ten percent during the recent general election.