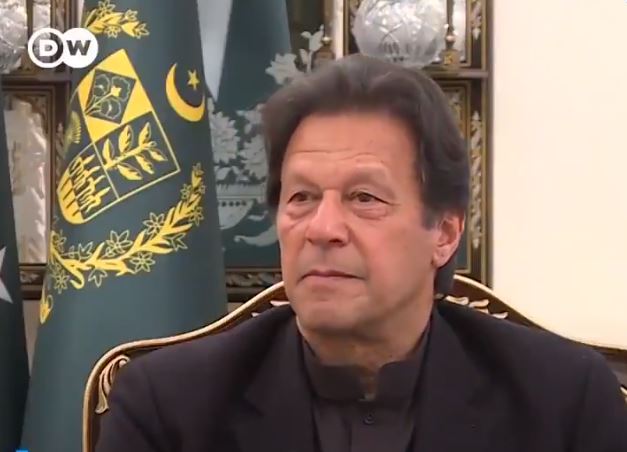 DAVOS: Prime Minister Imran Khan said on Thursday that reforming an economy which is “sick” is a painful process.
Speaking at the Pakistan Breakfast Meet in Davos, Switzerland on Thursday, Imran said his government had done remarkably well during its first year.
“In the first year we reduced our current account deficit by 75 per cent, which I think is a great achievement, and this is reflected in the stabilisation of the rupee, the stock market and in foreign investment.
“We are headed in the right direction, but struggle lies ahead. However, I am an optimist and I see good times ahead for Pakistan.”
Commenting on the shortcomings of previous governments, the prime minister said that in the past, the country neglected its most important asset – its people.
“We need to return to making Pakistan an inclusive state [with] inclusive development. Our whole idea is to now become the second government since the 60s to spend money on industrialisation.
“We are focusing on promoting industrialisation so that we can create wealth which can then be spent on [uplifting] the bottom tier of society,” he said.
Referring to his government’s social welfare measure known as the Ehsaas Programme, Imran said: “We have the most ambitious poverty alleviation programme and, in very difficult times, have allocated Rs190 billion for this endeavour.
“My belief is that if we can concentrate on the bottom section of our society, facilitate investors and industrialists while making it easy for them to do business, and improve our governance system, we can release the [untapped] potential of Pakistan.”
The prime minister maintained that when he read a blog by Malaysian Prime Minister Dr Mahathir Mohamad, he discovered that there were a lot of similarities between the challenges the two countries face.
“He [Mahathir] had said that the biggest challenge for Malaysia was an entrenched corrupt status quo, the same is with us. We are up against a corrupt status quo which ruled Pakistan for 30 years. They do not want us to succeed because the government succeeding means they will be out of power and end up in jail.”
Continuing, the prime minister said that Pakistan’s state institutions were deteriorating. “The first thing that the corrupt do is destroy state institutions because that’s the only way they can make money. That is another big problem we face. But, we are slowly trying to restore them, institution by institution.
“Another problem the country faces is the accumulation of huge debts by the previous government. How do you fund health and education after you are left with a small amount [after paying your debts]?
“But the biggest challenge is perhaps the energy sector, we have this huge, huge circular debt in electricity. We have decided to get together with stakeholders [to find a solution] because we cannot put more burden on the consumers,” the prime minister said.
Commenting on the lessons he learnt from his career as a cricketer, Imran said that playing sports, you learn the most difficult lessons.
“However, what I took away was to never lose your head when you are going up and to learn how to face the bad times.
“An easy comfortable life is a disaster for potential,” said the prime minister, adding that when he went to the most prestigious cricket academy, the students at the institute had nothing on the boys who would play in the streets.
“You need to have the motivation and the hunger.”
Giving the example of Shaukat Khanum Memorial Hospital, Imran said that when he first envisioned the institute, people had laughed in his face.
“Out of a panel of the country’s top 20 doctors, 19 told me that I will never be able to complete this hospital and the remaining one said that you cannot give such expensive treatment to the people free-of-cost.
“For 15 years people laughed at me and I was the butt of all jokes in Pakistan. But the bigger the dream, the bigger the struggle.”