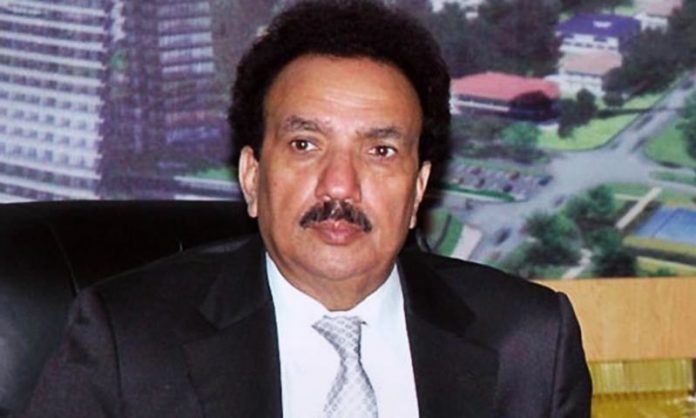 ISLAMABAD: Pakistan People Party (PPP) Senator Rehman Malik has reached Islamabad to appear before the Joint Investigation Team (JIT), tasked by the Supreme Court (SC) to probe Panama Papers case against the Sharif family, on June 23.
The PPP leader has claimed that he will answer all the questions asked by JIT, and will bring all details to surface, as he has been told by the JIT to bring investigative documents of the Hudaibiya Paper Mills scandal.
The former Interior Minister was initially summoned on June 13, but could not appear before the Panama JIT due to a foreign tour, and had requested to extend the date. The team then directed him to appear on June 23.
Rehman Malik interrupted his foreign tour to appear before the JIT, and will present the evidence against Sharif family before the investigation team. It is also worth mentioning here that the Prime Minister Nawaz Sharif was summoned by the Panama JIT on June 15 at the Judicial Academy.
Also, premier’s brother and Punjab Chief Minister, Shehbaz Sharif, was directed to appear before the JIT on June 17. PM’s son Hussain Nawaz has already been interrogated five times by the JIT despite objections and reservations from the leaders of Pakistan Muslim League-Nawaz (PML-N) concerning political affiliations of the members.