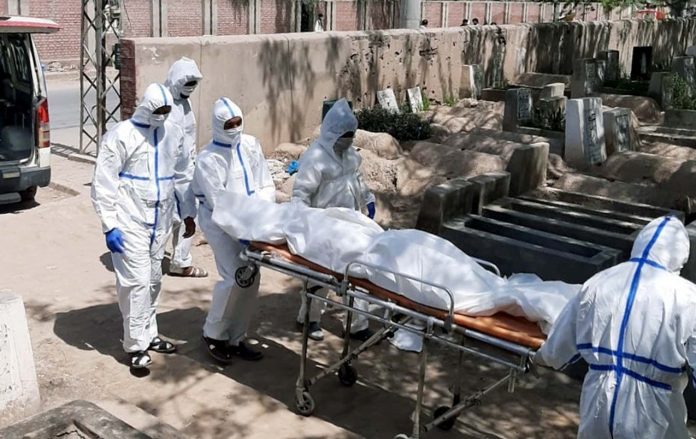 KARACHI: The senior leader and Member of the Provincial Assembly (MPA) of Muttahida Qaumi Movement Pakistan (MQM-P), Khawaja Izharul Hassan, has revealed that relatives were being offered money to declared the deceased people as COVID-19 patients.
Khawaja Izharul Hassan, while speaking on the floor of Sindh Assembly, revealed that relatives of deceased persons in Badin were being offered money to categorize them in COVID-19 patients.
The MQM-P provincial lawmaker claimed that a welfare institution has informed him regarding the matter and it could be a conspiracy against the Sindh province. He demanded the Sindh government to immediately hold an inquiry into the matter besides taking strict action against the responsible persons.
“I heard the speeches of the Sindh Chief Minister [Murad Ali Shah] and Murtaza Wahab which were very good. How can we make a lockdown successful if six persons are living at a residence having only two rooms? The fight between the Centre and Sindh have given loss to the province.
Hassan added that business persons have earned much more after the spread of coronavirus and sold face masks including N-95 on very high rates, whereas, police forces have also failed to exhibit a positive role in the implementation of lockdown measures.
He claimed that police officials demanded business persons to pay them money on a monthly basis in order to allow their businesses to run smoothly. The MQM-P leader said that traders, educators and doctors were not satisfied with the steps of the Sindh government amid COVID-19 crisis.