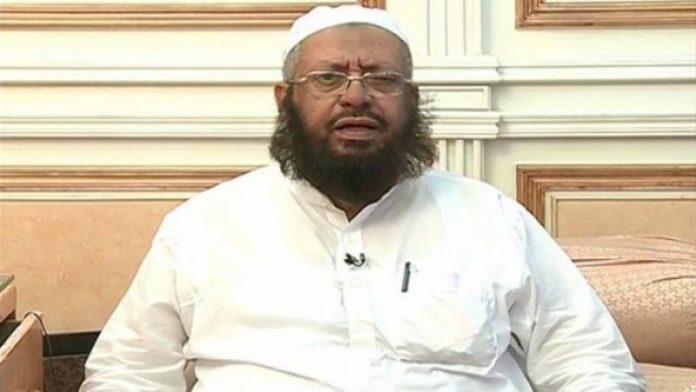 KARACHI: The superintendent of Jamia Binoria Al-Aalmia and famous religious scholar Mufti Muhammad Naeem has passed away in Karachi here on Saturday evening.
Mufti Naeem’s son, Mufti Noman, said that the famous cleric had died of a heart attack while on the way to hospital. Mufti Naeem had reportedly been ill for the past several days.
Family sources have said that Mufti Naeem’s body was being shifted from a private hospital.
Mufti Naeem was also a member of executive committee of Wafaqul Madaris alArabia (WMA) – the largest grouping of seminaries in the country.
According to his family members, he was suffering from the choronic illness for a long time.
He is survived by his wife, three sons and two daughters.
Sindh Chief Minsiter Murad Ali Shah expressed deep grief over the death of Mufti Naeem, saying the deceased had always helped the government during difficult times.
He also prayed for the departed soul.
On the other hand, Governor Sindh Imran Ismail has expressed sorrow over his demise, offering condolences to his family and praying for his forgiveness.
He said that Mufti Naeem spent his entire life teaching Islam and made Jamia Binoria a world-class institution with the number of its foreign students in the thousands. He siad that Mufti Naeem s loss will be felt for a long time.