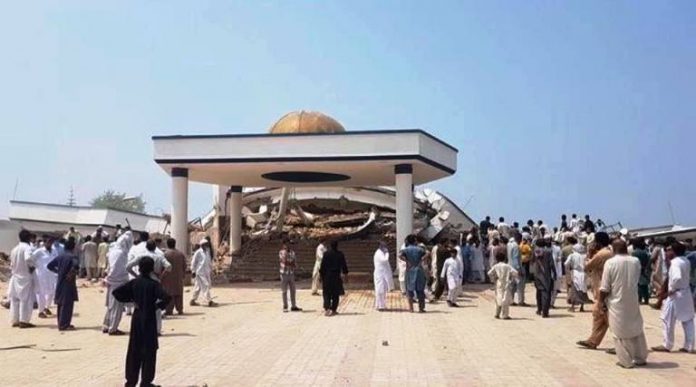 MIRPUR: A triple-storeyed marriage hall building collapsed on Friday in Azad Jammu and Kashmir’s Mirpur area, where a rescue operation is underway to help people out from under the rubble, police said.
The incident occurred when labourers were working to renovate the building of a marriage hall in Mirpur’s Chaksawari area.
Police said that so far more than 50 people are stuck beneath the rubble and 10 people have been rescued from under the debris of the building.
A police official said that the owner of the marriage hall, Nadeem, is also among those buried in the building’s rubble.
According to a wounded labourer, who was later rescued by officials, more than 50 labourers were working on the building when it came crashing down.
The deputy commissioner Mirpur informed that Pakistan Army officials and rescue personnel are taking part in the rescue operation.