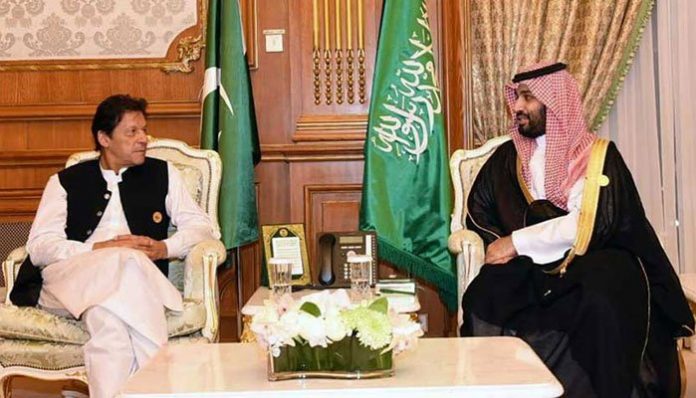 ISLAMABAD: The advisor to the Prime Minister on Finance, Shaukat Tarin, has Wednesday said that the finance minister of Saudi Arabia has promised to keep US$3 billion with the State Bank of Pakistan and $1.2 billion deferred oil facility.

“Kingdom of Saudi Arabia to place US$3bn with SBP & a $1.2bn deferred oil facility to help the balance of payment of Pakistan,” Shaukat Tarin said in a tweet earlier today.

The finance advisor has termed the bid a “generous gesture” on the part of the Kingdom of Saudi Arabia. He expressed gratitude for the “kind gesture” that he said will help the balance of payment of Pakistan.

It is dubbed to help the Pakistani government support its foreign currency reserves and support it in facing the repercussions of the Corona pandemic.

The “generous gesture” further added the financing of the oil derivatives trade with a total amount of $1.2 billion during the year.
“These generous directives confirm the Kingdom’s continued position in supporting the economy of the sisterly Republic of Pakistan,” the SPA statement read.
The development follows the culmination yesterday of the three-day visit of Prime Minister Imran Khan to the Kingdom.