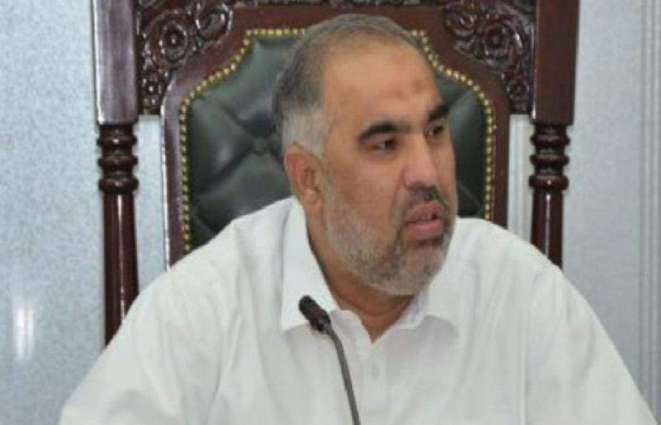 SWABI: Speaker National Assembly Asad Qaiser Saturday said that Rs 132 million was being distributed among 11,000 deserving families of the district under Ehsas program of Prime Minister Imran Khan.
Talking to media persons here after visiting Ehsas Kifalat Centre, he said Rs 12000 would be given to each destitute family under Ehsas program initiative that was being acknowledged by the world communities.
He said that in a very short span of time, the federal government successfully launched and started implementing Ehsas Kifalat program in very transparent manner. He said the provincial government of Khyber Pakhtunkhwa was also distributing Rs 6,000 assistance package among each deserving family of the province.
Referring to members of Tablighi Jammat and Zaireen, he said all possible assistance was being provided to them and within one week all members of Tablighi Jammat across the country would be sent back to their respective areas.
He said that till yesterday, 1239 members of Tablighi Jammat who were stranded in different areas of the country safely returned to their areas, adding arrangements were being made to bring back home all the Pakistanis including members of Tablighi Jammat stranded in different countries.
He said the government respected members of Tablighi Jammat and overseas Pakistanis and would not leave them alone in this hour of tragedy.
The speaker said that he had constituted a committee of National Assembly under the chairmanship of federal minister Sheryar Afridi to contact all the chief ministers to address the issue of stranded Pakistanis.