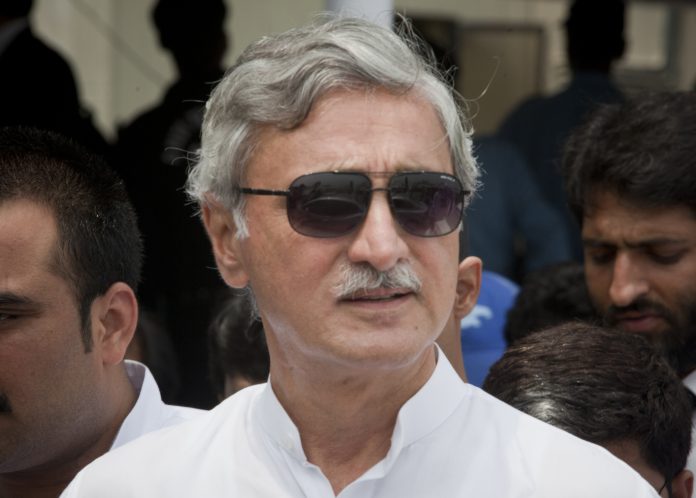 ISLAMABAD: Pakistan Tehreek-e-Insaf government has announced a comprehensive 309 billion rupees programme for the uplift of the agriculture sector.
Basic contours of the program titled “Agriculture Emergency Programme”, were shared by Minister for Food Security Mehboob Sultan and PTI leader Jahangir Tareen at a news conference in Islamabad on Tuesday.
They said that this four year programme has been prepared on the instructions of Prime Minister Imran Khan. This programme envisages thirteen projects in the areas of farming, fisheries and livestock.
They said that these projects will be approved by the ECNEC this month and in a matter of two weeks practical work on these projects will be started.
Jahangir Tareen regretted that the agriculture sector was totally neglected in the past, adding that on this vital sector of the economy, the spending were reduced from 29 billion rupees to 14 billion years over the last ten years. He said the agriculture yield cannot be enhanced without spending sufficient resources on it.
The PTI stalwart said that both the federal and provincial governments will contribute to the 309 billion rupees agriculture program.
Sharing key points of the program, he said it focuses on enhancing per yield of wheat, rice, sugarcane and oil seeds. He said the living standards of the farmers will improve with better production of the crops. He said this program is especially for the poor and small farmers.
Jahangir Tareen said that 220 billion rupees will be spent on the water related projects which includes brick lining of watercourses and construction of small dams. Under this project, seventy thousand watercourses will be brick lined which will help save nine million acre feet of water.
Regarding livestock, the PTI leader said initiatives in this sector include save the calf and fattening of cattle program to enhance meat production and their export. He said that desi chickens will be provided to the poor population of rural areas on subsidized rates as part of efforts to alleviate poverty.
As regards fisheries, Tareen said that shrimp and cage farming will be promoted and supported. “There is a comprehensive program for trout farming in Khyber Pakhtunkhwa, he added. He said loans will be provided to the people for trout farming in Naraan, Kaghan and Swat.
The PTI said the government is also focusing to expand the agriculture markets so that the farmers could get better return of their yield. He said four new markets will be established Lahore, Dera Ghazi Khan, Rawalpindi and Faisalabad. “Fifty six other markets will be upgraded,” he added.
The PTI leader regretted that Sindh government was repeatedly requested to become part of the agriculture programme but they did not respond positively. He said the Sindh government should rise above politics and join the program for the sake of the country and uplift of the agriculture sector.
He said the federal government is ready to provide eighteen to twenty billion rupees to the provincial government for the agriculture sector.