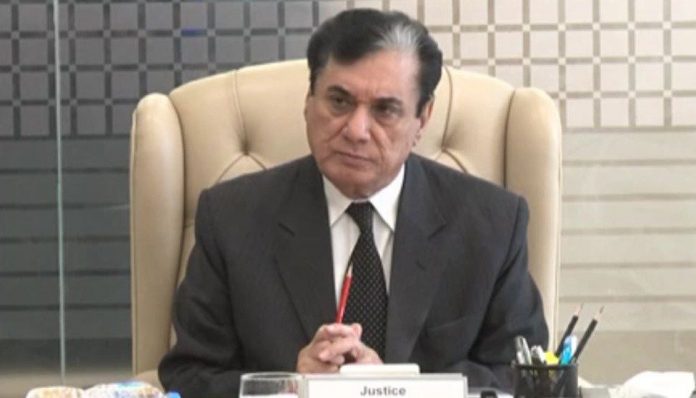 ISLAMABAD: National Accountability Bureau has dismissed report aired by a private TV channel regarding Chairman NAB Justice (r) Javed Iqbal.
In a statement, NAB termed report of a private TV channel ‘fake, fabricated and contrary to the facts.’
NAB spokesperson informed that 42 first investigation reports (FIR) have been registered against the group of blackmailers. He added that two of them have already been arrested and reference was granted against them in this regard.
According to details, NAB spokesperson said that the purpose of this false news was to comply with the Chairman NAB‘s reputation.
42 FIRs that have been registered in various cities list cases like blackmailing, abduction and theft. There are evidence of defaming Federal Investigation Agency (FIA) and NAB officers, spokesperson asserted.
As per NAB spokesperson, the head of these blackmailers is already imprisoned in the Kot Lakhpat jail.
The private channel apologized to Chairman NAB for broadcasting this rumor.