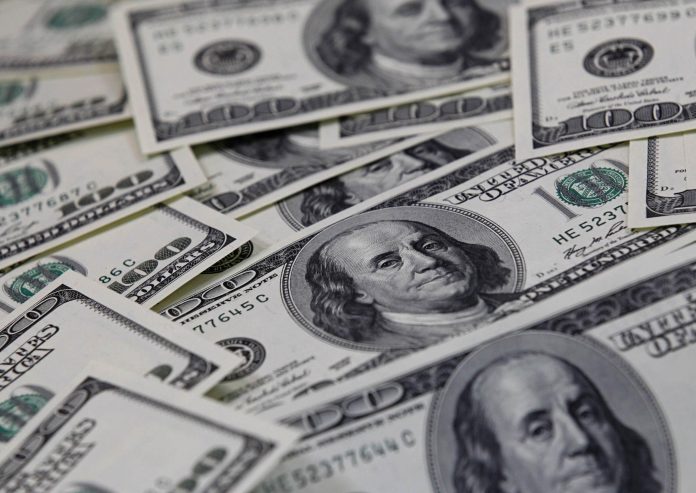 KARACHI: In the recent unprecedented statistics, the Pakistani rupee has appreciated by Rs1.47 against the US dollar in the outgoing week and closed at Rs159.11 in the interbank market on Friday.
In the open market, the local currency gained by Rs1.20 against the greenback with slight fluctuation in the whole week and settled at Rs159.50 on Friday.
In the previous week, the Pakistani rupee has depreciated by 39 paisa against the US dollar in the outgoing week and closed at Rs160.58 on July 26.
In the earlier weeks, the rupee was observed to cumulatively depreciate against the greenback, which in turn had resulted in increased prices of goods and hardships for the general public.
The IMF has asked Pakistan to end state control of the rupee and let the currency move freely to find its equilibrium against the US dollar.
On the other hand, the World Bank Group has also supported the idea of leaving the rupee free from state control in an attempt to give a much-needed boost to exports and fix a faltering economy.
The KSE-100 Index dropped by a significant 1.4 percent in the week as the Pakistan Stock Exchange (PSX) shredded 436 points and closed at 31,666 points, Dunya News reported on Saturday.
As a result of the downfall, investors have collectively lost about Rs120 billion. Foreign investors bought shares of $3.4 million.
According to analysts, the stringent policies, implemented following passage of the financial budget for the fiscal year 2019-20, are reflecting themselves in the downfall of the stock market.
This is the fourth consecutive week when the index observed a significant drop.

Pakistan, Russia accord on crude oil by end of March