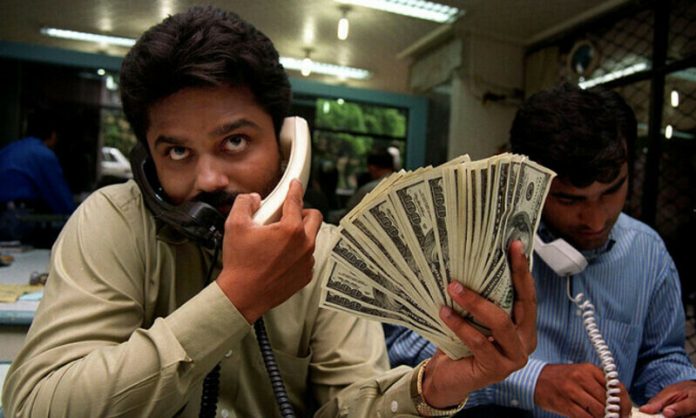 KARACHI—Uncertainty on both political and economic fronts continued to dent the Pakistan rupee on Wednesday, which plunged to 197.5 against the US dollar in the inter-bank market during intra-day trading.

On Tuesday, the local currency had closed at Rs195.74 against the greenback in the inter-bank market.

The ongoing decline comes as Pakistan battles political and economic uncertainties, which has taken a toll on market sentiments.

In a major political development, the Supreme Court in its decision on Tuesday declared that the vote of any member of a parliamentary party in a House that is cast contrary to any direction in terms of para (b) of clause (1) of Article 63A cannot be counted and must be disregarded. This throws into question the election of Punjab chief minister Hamza Shehbaz, as 24 of the votes he got were from PTI dissident MPAs.

Meanwhile, a team of the Finance Division has gone to Doha to hold consultations with the International Monetary Fund (IMF) Mission. An official told Business Recorder that the Pakistani team will hold technical and policy-level talks with the IMF staff mission till May 25 for the revival of the Extended Fund Facility (EFF) programme. The secretary of finance, the additional secretary of finance as well as the Federal Board of Revenue (FBR) chairman will leave for Doha first and Finance Minister Miftah Ismail will join them later.

The IMF, in a statement subsequent to a meeting with the finance minister in Washington, had said prompt action is needed to reverse fuel subsidies in the countries, which have slowed discussions for the 7th review. However, the finance minister announced on May 15 that the government has for the time being decided not to get rid of the subsidy on diesel and petrol announced by the previous government.

“The ongoing political uncertainty after the Supreme Court decision and lack of clarity on the IMF programme, amid government inaction on IMF recommendations, has added to concerns,” said Fahad Rauf, Head of Research at Ismail Iqbal Securities Limited.

The market expert said that the dollar is gaining strengths against other currencies. “REER remains above 95, which means that the rupee remains fairly valued, but the situation might improve with the inflows of dollars,” said Rauf.

The revival of the IMF programme is seen as crucial for the cash-strapped economy of Pakistan, which has seen its foreign exchange reserves plummet in recent weeks amid import payments and debt servicing.

The FX reserves held by the central bank decreased another $190 million to $10.31 billion last week, with the level staying at less than 1.5 months of import cover. Low level of reserves has continued to strike the rupee over the past few weeks