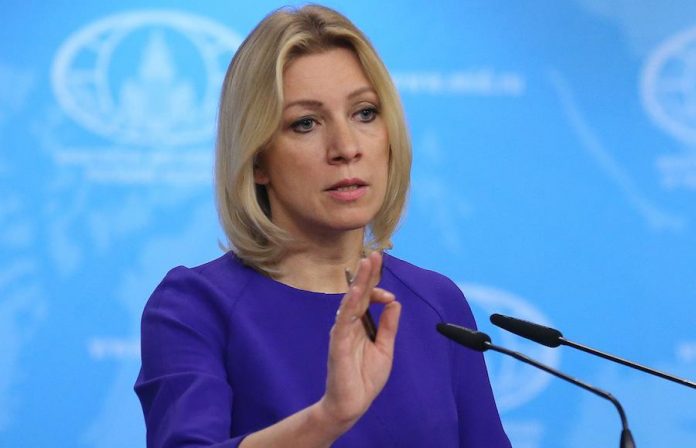 MOSCOW: The Russian Foreign Ministry has clarified a statement by a minister over movement of Daesh terrorists into Tajikistan from the surrounding region.
Russian Deputy Interior Minister Igor Zubov earlier this week said that unidentified helicopters transported a large number of Daesh terrorists from ‘Pakistan’ to the Tajikistan border, close to Russia’s southern borders.
Russian Ministry of Foreign Affairs spokeswoman Maria Zakharova, in a press briefing on Thursday, termed the remark as a ‘slip of the tongue’ and implied that the minister meant to say Afghanistan instead of Pakistan.
“We saw those statements, those quotes,” Zakharova clarified. “I think they’re just a slip of the tongue because the [Daesh] combatants are being carried to the borderline between Afghanistan and Tajikistan from the Afghan territory, and we cooperate closely with Pakistan in fighting terrorism as well as on the Afghan agenda, and we share common concerns regarding [Daesh] gaining momentum on the territory there and the extent and full expansion of that terrorist group.”
Earlier this week, Special Representative of the Russian President on Afghanistan, Ambassador Zamir Kabulov called on Foreign Minister Shah Mehmood Qureshi at the Foreign Office in Islamabad.
The two sides discussed mutual interests of regional and international matters, with particular reference to Afghan peace process. Qureshi also assured the envoy that Pakistan would continue to play its role for peace in Afghanistan.