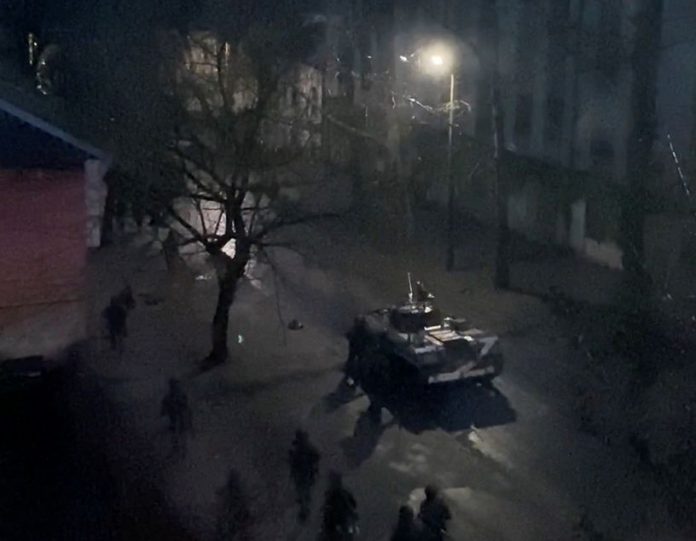 The Russian defence ministry said its units had opened humanitarian corridors near the cities of Mariupol and Volnovakha which were encircled by its troops, Russia’s RIA news agency reported.

In Mariupol, citizens would be allowed to leave during a five-hour window, it quoted the city’s officials as saying, as Russia’s invasion of Ukraine entered into its 10th day.

The southeastern port city has come under heavy bombardment, a sign of its strategic value to Moscow due to its position between Russian-backed separatist territory in east Ukraine and the Crimean peninsula, which Moscow seized from Ukraine in 2014.

“This night the shelling was harder and closer,” a staff member from Doctors without Borders/Medecins sans Frontieres (MSF) said, according to the aid agency, adding there was still no power, water, heating or mobile phone links and food was scarce.

The Ukrainian government said the plan was to evacuate around 200,000 people from Mariupol and 15,000 from Volnovakha, and the Red Cross is the ceasefire’s guarantor.

Ukraine’s government was looking into reports from its military that the Russian troops were using the ceasefire to advance towards Mariupol, Ukraine’s Minister for Reintegration of Temporary Occupied Territories, Iryna Vereshchuk, said.

The Russian defence ministry said a broad offensive would continue in Ukraine, where it denies targeting civilians.

“The armed forces of the Russian Federation continued to carry out strikes on the military infrastructure of Ukraine,” Defence Ministry spokesman Igor Konashenkov said, adding that forces from separatist-held Donetsk in Ukraine’s east were continuing to tighten the encirclement of Mariupol.